Miguel Luis Villafuerte (known more popularly as Migz Villafuerte and, for some reason, Lray Jr.) is a candidate for the 2013 gubernatorial seat in Camarines Sur. The fourth generation of Villafuertes to seek political power, the 24-year old has a large following in the province as he iconically goes against his grandfather, Luis Villafuerte for the title. If he wins, he will be one of the youngest governors in the history of the Philippines.

And for some strange reason that bothers me. Here are five reasons why:

Let’s get the obvious thing out of the way first:

Migz Villafuerte is hot. He is; that is a fact. If you don’t agree with me, you’re either frigid or a lesbian.

With that said, don’t you think he’s too hot for politics? Yes, there is such a thing. Instead of doing politics, he should be starring in the next gay indie and everyone in the Philippines would be a lot happier. But if he wins, he’d always be in Barong and not, you know, topless. We’d be saying good-bye to his wonderful body. Because governors can’t be topless.

On a different note, we really should be wary of people who are “too” hot. It’s a whole new playing field if you’re facing a hottie and that is your one weakness. I should know — I’m a 23 year old single gay man, hot guys are my weakness.

In the case of Migz, we tend to just stare at his abs five minutes too long and suddenly whether or not he is capable flies out the window. We just want his abs so so so much.

I am preempting flamers here. Yes, yes, there is no minimum age to be considered a public official, service calls at a young age, etc. etc. Queen Elizabeth (Good Queen Bess, not the current Queen Elizabeth, nor the late Queen Mother) ruled over England at the age of 25 and she fucking reunited a country torn apart by political intrigue and religious turmoil. 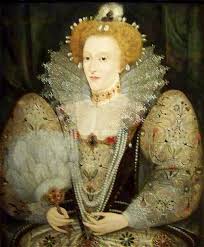 Beneath the huge collar, she was a baws.

While we could say that Migz could be like Good Queen Bess (which, by the way, would confirm lots of rumors in Cam Sur), we have to look at systematic differences between the times then and the times now. The youth of today, myself very much included, cannot even take care of their lives in general, what more the lives of, say, a province.

That’s not necessarily bad. Youth should be spent being stupid and discovering yourself so that when you reach an age of maturity we can take on bigger roles.

Of course, if you still want to insist that age has absolutely no bearing, take a look at Good Queen Bess, let’s also look at the fact that people had no choice in who to be queen. Well, she did kill people for the throne, because, hey murder was like breakfast in Medieval England.

Would you like a dash of murder with your tea, M’Lady?

But, and this may surprise the Villafuerte clan, people actually do have a choice in Cam Sur. If Migz really were serious about politics and service and all that nonsense, then he should have, at the very least, had some humility in acknowledging the fact that he may not be ready to lead a province, what with no experience and all, and started small. Get such a thing as “track record,” — for us regular people, a track record is simply a means to show the world, hey this is what I’ve done, instead of merely listing what I do in the family-run business as being the “CEO”. Say start with a barangay captain or something.

(3) He spent a good deal of his life outside Cam Sur.

This is, in my opinion, a big problem. Sure, COMELEC qualified him, and we should believe COMELEC, because they are the most trustworthy government institution.

But since he had his grade school in La Salle, his high school in Makati, his college allegedly in California, and he is my age (and I’m just two years past “usual” graduation), we can surmise that a good deal, if not the biggest deal of his life, was spent outside the boundaries of Camarines Sur. I graduated elementary and high school in Bicol, but the last six years of my life was at the University of the Philippines, and, quite frankly, I don’t remember Camarines Sur all that much now.

Sure. You can come in and say he has “perspective,” (which is the one thing a lot of people who have left the Philippines think they magically pick up as their airplanes leave).

This begs one major question — if you haven’t lived in Camarines Sur all your life, how can you speak to the social and individual concerns of your constituents? You can parade, sure, you can tour, but as far as livelihood is concerned, as far as culture is concerned, you really wouldn’t know.

But then again, it is okay to run as a politician in Camarines Sur and not actually have lived there, right guys? 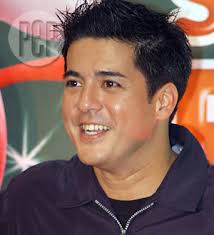 (2) We don’t know anything about him.

This is the scary part.

We don’t know much about him, aside from what is paraded in campaigns.

Do any Google search and see that there is practically zero, nada, zilch hits on any sort of interviews or write-ups or campaign stands or whatever. This is disturbing. I’m not a celebrity, not in my own rights, but one search of my name will yield more unique hits than he did — and I’m not running for governor.

Now, this is not to say he is absent in social media. He does have all his campaign materials, he has fanpages, and he has an account in MySpace and Vimeo.

It is however quite bothering that I cannot find any written statement or interview from him about, say, I don’t know, political stands in Camarines Sur? In this day and age, it’s so easy to go to the stage and say “I’m against poverty, I’m for peace and education,” that’s all fine and wonderful, but write it down so we have something to hold you to.

Another point here is how he has been absent in electoral forums. Apparently, social issues are no longer important to the candidates as they’d rather focus on campaigns than issues. 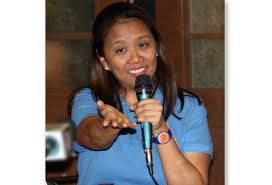 In other words, the Nancy Binay school of campaigning

He is, strangely, absent in everything, which of course is understandable. As pointed out in the previous point (hehe), he wasn’t in Camarines Sur. Now, however, he has been in some YouTube videos where he was apparently the commencement speaker for some high school or elementary or whatever graduation:

Speaking as a Creative Writing major, this speech is the perfect example of what is a cliched speech (Really now, I could scrawl up a better one in five minutes). Not to mention, dissecting his words, he is not actually stating anything new, he is not revealing anything about himself, and, typically, not promising anything. Speaking as an ex-Theatre major, this speech is delivered in a troubling manner, the obvious uncomfort in his delivery, the unnatural pauses, it seems a little bit put on.

Which is, arguably, the most troubling of them all.

This was a video released last year, WAAAY before campaign started, and, what is troubling is how it is highlighted more than once that Migz is a “continuation” of his father. This is bothering because last I checked Camarines Sur is not a monarchy, we are not a succession of rulers based on a perverted sense of birthright.

I am not anti-political dynasties, per se. Everyone is entitled to run, sure. I am, however, against people who think politics is their birthright. Win the election by personal merit, regardless of family ties.

But why go against everyone else?

Let me give a good example: In Migz’s Facebook page (OMG, why am I stalking him?) he has a picture of him crossing a bridge and a caption that there was once no bridge there. A friend of his brought it to his attention that it was quite an inconvenience, or that it killed someone, I forgot which, just that there’s no bridge and a friend told him. And what did good little Migz, the next governor of Cam Sur do?

Camarines Sur deserves more than Villafuerte drama. I’m not sure if the whole LRV-LRay split is a hoax, if it’s real, if it’s publicity, I don’t know, and quite frankly I don’t care. Facts remain: One family has remained in power for more than twenty years.

Here’s the thing. I’m sure Migz is a lovely person, he seems nice, he seems a bit stoic, but he seems cool. I’d personally love to be friends with him (#jusmi). But is he my choice for governor?

Well, I don’t really have a choice, because as an overseas voters I can only vote for the national elections, but assuming I could vote, I’d probably abstain for the position of governor. Cam Sur does not deserve the “lesser of two evils,” whichever the lesser or greater may be is of course up for discussion.

But then again, given the fact that someone will win, might as well go with the flow and vote for him. After all, might as well have a hot guy in power for a change.