Magic mirror on the wall

Who is the cattiest one of them all?

We give a lot of attention towards the princesses and, perhaps, rightly so as they are the standard-bearers of the Disney Princess franchise as well as most of the films (with 3 exceptions: Aladdin, which is led by a guy, and the Princess and the Frog and Tangled, both supposedly marketed towards the prince and the princess). However, from time to time, it’s always nice to give some attention to men.

Here’s a caveat as with the previous post: This article will throw out all conventions of politcal correctness out the proverbial window. If you get offended by stereotypes easily, click me.

11) WHOEVER MERIDA WILL MARRY (BRAVE)

Princess Merida has a reputation for being the most brazen, if not the most frigid, of all princesses. Allow me to take a leap here and say that whoever Merida marries (assuming she does) will be the most macho heterosexual prince in the land. As seen in the film, she just can’t be attracted to anyone who’s, pardon my French, a wuss.

Of all existing Disney Princes, Prince Eric is arguably the most heterosexual. (He’s also, IMO, the dumbest, though that has nothing to do with his sexuality.) Suuure, he’d rather spend his time gallavanting with a crew of men, rather than settle down, and when he does find a woman, he can’t distinguish which is which. (Or witch for that matter). Now, if you’ve ever been really, really drunk (as we can assume Prince Eric has been), you probably know the feeling of waking up and wondering who you slept with. Let’s also add the fact that Prince Eric is totally oblivious to the concept of “true love” as all that was needed was a fat drag queen to disguise herself as a sexy vixen and, sorry, fish-girl, better luck next time. STRAIGHT.

John Smith’s pretty much almost there with Prince Eric. He’s got a gun, he’s a fucking race-cleanser (let’s not mince words) who follows the age-old “White Man’s Burden” to “educate” the “savages”. He gets into a whole West Side Story-thing with Matoaka, gets people killed, gets captured by Indians, and has to be rescued by a chick. I do have to deduct points mainly because he learned to sing with the fucking colors of the wind. You have to admit: singing with the colors of the wind is pretty gay. 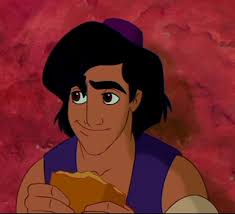 Aladdin’s pecs are so chiseled it seems he spends the whole day at the gym. He also likes playing with his monkey. His best friend’s a genie, and, if we believe Christina Aguilera, the genie’s “been lock-up tight for a century of lonely nights, waiting for someone to release [him]…[He’s] a genie in the bottle. You gotta rub [him] the right way.” Puts Aladdin in a whole new world now. Oh, and the film ended with Aladdin finally admitting the truth to everyone, acknowledging that the Princess may no longer love with him, knowing who he is. Yet everyone ended up accepting him anyway. Yay, coming-up motif, anyone? #overreadingmuch

7) PRINCE ADAM (BEAUTY AND THE BEAST)

Prince Adam’s a hung beast. He’s ferocious, he’s animalistic, he’s savage. Rawr. He’s being defensive because he’s vulnerable inside and he just wants love. And he wears fucking blue bows. He gets points taken off for being French (“Depending on the time of day, the French go either way.” — Legally Blonde The Musical). And, admit it, once he became human, he was actually more beautiful than Belle.

Flynn Rider’s adorable. Now we have to admit — if this were the modern days, Flynn would be the “knowledgeable” straight-acting guy, who’s probably had more gay action than a lot of gay men. He’s rowdy and always up for fun. He’s into bondage already, so that gets half the job done. Plus, he could have had a girl with long, long, ridiculously long, golden hair, yet he wanted his girls with short brown hair. Hmmm…This reminds me of a time I had a Henna tattoo made. I wanted this silhouette of a couple interlocked. I told the tattoo artist: “Can I get this, but can I have the girl with a flat chest and short hair?” And he was like: “So basically, two guys?” And I was like: “No, just a flat-chested girl with short hair.” Yes, Flynn Rider, just like you.

5) PRINCE NAVEEN (THE PRINCESS AND THE FROG)

The sexy Prince Naveen would be a broke straight boy. Everyone knows he’s desperate for cash and he’s willing to do absolutely anything for it, so again, that gets the job done faster than anything else. He’s also a playboy so it’s not as if he’ll hate the prospect. You have to be wary of Prince Naveen, he’d probably be into the group scene, partying at clubs ’til late, sleeping around with random men, shooting, all the while, he’s expecting you to be home cooking Jambalaya.

Now to the really gay princes. Let’s begin with Prince Phillip, arguably my favorite. I love Prince Phillip, he’s cute, he’s wonderful, he’s pretty gay though. That hat, for one, says a lot. He dances and sings a lot better than Princess Aurora. He engages her in stupid fantasies of destiny and dream. He’s not that good of a swordsman. And, worst of all, he had to be rescued, of all people, by a group of fucking fairies (who, all jokes aside, are actually the stars of the movie.)

In a room full of practically all the single females in the land, Prince Charming yawns. Either everyone’s ugly, or someone’s just not interested. Factor in how the ball was thrown mostly because the king and the minister were gossiping why the prince was single. (Wonder why?) To make matters worse, the moment he met Princess Cinderella, he then became obsessed with women’s footwear. Jeez. 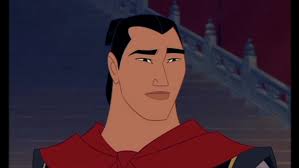 1) THE PRINCE (SNOW WHITE AND THE SEVEN DWARVES)

Oh my, nothing defeats the original Prince. First off, that doesn’t look like a guy. He looks like a lesbian — and that’s exactly the first reaction I had when I did my Disney Princess marathon recently. I’m so disturbed, I’m not sure if the prince is a man or a woman, logic dictates he’s supposed to be a guy, but I just don’t buy it. Because even if he were a guy, how does that explain the lipstick, the eyebrows, and the lashes? I’m so confused, I’m so disturbed, he should be in a separate category of his own. Snow White’s the most fucked-up princess of them all.

—————————————————————————————
Comments? Disagree with the listing? Angry that your favorite prince was called gay? Leave a note below!
Please consider liking Deelaytful on Facebook and following us on Twitter.

← My Favorite Things
Thanks for the Memory →

6 thoughts on “Disney Princes from Least Gay to Gayest”