Dyeing Black Hair Red: A Semi-Useful Guide of What Not to Do

Redheads have a certain charm, a certain sexiness or feistiness — a stereotype I’m more than willing to promote, because, hey, stereotypes are fun because most of the time they’re true (just like blondes having more fun).

But only brunettes remember it the next day.

It is on this note that I’ve decided to dye my hair. I’ve always had black hair my whole life (barring some rebellious freshman days when I had blue highlights). It’s time for something new. I do come from a society that promotes natural beauty, that actually believes that whatever god gave you you have to treasure and honor (or something. I don’t know, I slept through Religion class.) Or the late second-wave feminist movement that shuns the capitalist masculine eye that forces women into a Westernized standard of beauty. (Though girl power of the 90’s has reaffirmed that we can be surprise both beautiful and empowered at the same time. Just like the Spice Girls.) 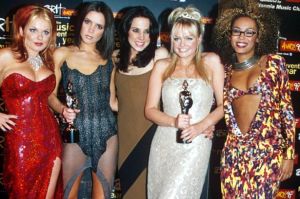 They’re all about empowerment.

We were trained to be passively grateful and we were trained to be complacent, conditioned to believe that the exterior is inferior or that caring about how we look makes us shallow or that wanting to be more beautiful is a mortal sin — when, isn’t it actually more powerful to want to be more beautiful not because of the masculine gaze or the threats of hell but because of the desire to be the best that we can be. So it is on this note of empowering (or oppressive, depending on your political leaning) movement that I write my first ever beauty blog post.

Red is a color that’s quite sassy and chic. It’s elegant and it’s playful. It’s classic and it’s modern. It’s just so wonderful, and, to quote the angstiest musical of all time: “Red, the blood of angry men.”

Once You Go Black

A couple of things about black hair that I do wish I’d been told before I tried this experiment: (1) Dyeing is the process of making something darker than it normally is. You can’t just dye something to a color lighter than what it is. In other words, from blonde hair, you can dye it black, and that would go through well. But dyeing black blonde would result in:

(2) Once you go black (or…err, if you’re naturally black), you can’t just dye your hair hair red and expect results.

Sadly, I wasn’t aware of this when I first tried dyeing my hair last Saturday. I was all so excited and when I washed the dye out… 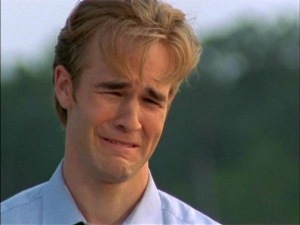 My face when I found out only my scalp and towel turned red.

To Bleach Or Not To Bleach?

That is no question. If your hair is black and you want it lightened, the first thing you would have to do is bleach. 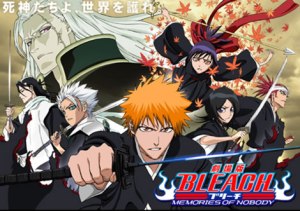 More-or-less, it’s the process opposite dyeing. If dyeing is to darken in certain hues, bleaching is removing the colors. Reading online, if you have naturally black hair, you would have to bleach at least twice (sometimes even thrice). The reason being, if your hair is truly black (and by that I don’t mean it’s gangsta #slightlyracist), there’s so much color to remove it would need more than one take.

Once it’s been totally bleached and the color is now lighter, then it would be appropriate to bleach it to the desired effect.

Come to think of it, bleaching sounds a lot like racial cleansing.

A “perfect” bleach should result in platinum-colored hair. 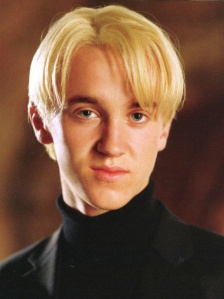 Draco sneers at your mudblood hair.

Here’s the bleaching product I used: 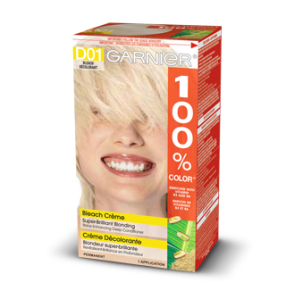 This was the result (if you laugh, you’re no longer my friend):

I solemnly swear to always go to a hairdresser.

As I mentioned, it does take up to two more bleachings for it to go platinum, but I soo did not want to be stuck with orange hair for two weeks. Oh, yes, did I mention bleaching is ridiculously dangerous? Safest way to do it is having at least two weeks in between bleaches, making sure you condition your hair deeply within those two weeks to prevent breakage or damage.

By the way, you’re wondering if bleaching is painful?

It’s more painful than a broken heart that’s for sure.

In retrospect, I should’ve sucked it up and endured orange hair for a short time and bleached again in two week rather than dyeing it now. The orange in my hair is still quite dark and dyeing it red basically darkens it a lot.

So right after the bleach, I dyed. My scalp was still a little bit irritated from the bleach, but, as they say, beauty is pain.

Her hair was actually dyed from Sebastian’s family.

So, after I’ve enduring 40 minutes of dyeing (or dying for that matter), I washed the product off my head — which by the way made our bathtub seem like a set piece from a Quentin Tarantino movie — and, lo, behold.

I have auburn hair. 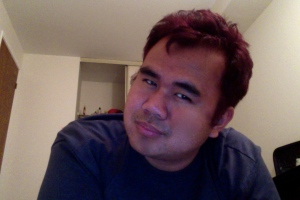 Not bad, if I may say so myself. It’s not the full head of red that I was expecting; it came out a very demure shade of auburn. It’s still dark, almost black, but it’s red, and it shines red under the right light. So in other words, I’m an occasional red head. I’m like Edward Cullen, I glitter under the sun.

I really do like it and feedback has been positive thus far, I’m sticking with this one for quite some time.

Also don’t forget to drape a towel across your shoulders.

Oh and if your gloves break, expect your finger hair to change color as well.

Also, It would a bit awkward if you “accidentally” dye your face. It would seem as if you were wearing war paint — and, yes, it’s difficult to remove. The best suggestion is to put Vaseline petroleum jelly across your hairline. I bought myself a big jar. I only used a little, the rest is saved for special occasions.
You  know what I mean.

I’m a redhead now, I’m allowed to say that.
Final Thought
It’s always fun to experiment. Yes, sometimes it goes wrong, but at the very least you get a funny story out of it. Sometimes it doesn’t go the way you planned it, or at least, the way it shows on the box. Yes, it may be painful at the beginning. But at the end, you may get something even better, something totally unexpected, something sublime, understated but there, waiting to be discovered at the right light.
Let’s see how much trouble I could get into now.

4 thoughts on “Dyeing Black Hair Red: A Semi-Useful Guide of What Not to Do”